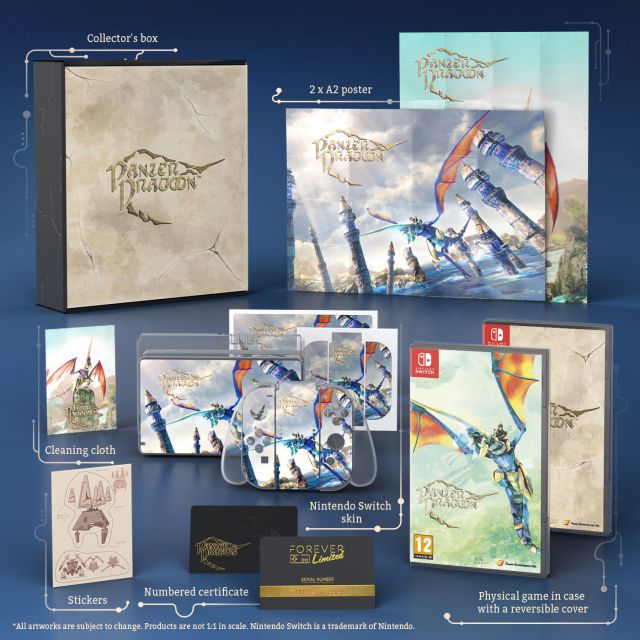 PEGI rating pending.
This is a pre-order. Standard shipping: 2-6 months.

There is a limit of 2 games per customer for all Limited and Exclusive releases. Any orders above this limit will be canceled and refunded.

IMPORTANT: each box has a numbered certificate. You can’t choose a number. The number of the certificate is based on the time of making the order.
Limited volume: 2500 pcs.

Panzer Dragoon: Remake is a remade version of the iconic rail shooter game, which was first released for the SEGA Saturn console in 1995. Play as Kyle Fluge, mount the blue dragon and accomplish the mission you were entrusted.

The physical edition will enrich your Nintendo Switch games collection and the game card will ensure that your Panzer Dragoon: Remake is always on hand, whenever you feel like riding a dragon 🐉